Great to see a fellow Malaysian here! Do you still use Clojure?

Hi… im from Philippines!
i’m new to clojure… i have no background using it.
im not sure why im hook on this language and wanted to learn it…
i read couple of books now… im reading about lisp as of this moment, also watch some videos already.
Clojure is not popular here in my country… im afraid no one is using it here… but i really wanted to explore… hope you could help me reaching my goal to be a clojure developer/ programmer

and spread it here in my country

OpenScad, a tool for making 3d models programming as opposite to the usual click and drag way most modeling tools offer. My tool will be programmable in clojure, of course.

Hi, thanks for the links. I already had a chance to work with scad-clj, and I liked it. I would like to put up something that allowed to program 3d model the way you would do it with scad-clj, but not relaying on OpenScad end any external clj IDE’s.
I’m thinking to a simple IDE (something like nightcode) that also visualizes the produced 3d model (and lets you move the camera with mouse driven pan/rotate/zoom) and save STL files. I’m not aware of the existance of a tool like that, so I’m working to build it myself.

I’m thinking to a simple IDE (something like nightcode) that also visualizes the produced 3d model (and lets you move the camera with mouse driven pan/rotate/zoom) and save STL files.

That sounds like a great thing! Looking forward to seeing what you come up with!

as for 3d models with Clojure you can check out Clément’s talk at re:Clojure https://www.youtube.com/watch?v=AkmGHhPCkgw

Hi everyone! My name is Tim.

I’m in the United States. I’m originally from northern Nevada, but now living in California.

I’m not using Clojure professionally yet, but have been learning it in my spare time working on hobby and side-projects for a while now, and would love to transition to working in it full time.

Hello! My name is Marten, I’m from The Netherlands, and I am a professional clojure/script developer since early 2016.

Back then I was a freelance web developer using Java and PHP mostly, but was really fed up with it. Played around with clojure in spare time and decided I’d take the first opportunity to use clojure if I could get it.

Landed a green field project for a company (called tool2match.nl, a Dutch Applicant Tracking System), and built it in clojure + clojurescript.

I also had a few clients I was consulting for, and they trusted me to use clojure for new stuff (where Java was used before), and again, the end results were good, so I could keep going.

Fast-forward fall 2018, i founded Catermonkey.nl/.be/.com, a SaaS solution aimed at catering businesses who want to be more efficient in their operations regarding the administrative side of their business.

Now I am very very happy to say that 99% of my time I can spend in my Spacemacs with CIDER connected to one or more of my projects.

It’s bliss. The only mindblowing thing is: why didn’t I sign up to this site earlier

Hi, my name is Josef

My profession is mobile apps UX/UI design. But always found it important to understand how things are made, what developers need, what’s realistic. Bridging the design-development gap is my quest, I guess.

Big fan of Rich Hickey talks, I find them super valuable also for designers. Many of his ideas are very well applicable anywhere where critical thinking is important = everywhere. Hence I’ve been drawn into playing with Clojure & ClojureScript to learn new things, and also to solidify some functional programming concepts that obviously exist in Elixir as well, but are looked upon maybe from different perspective in Clojure.

Also couldn’t help but notice that many talks from Clojure community are given by pretty smart people, with lots of experience or talent, on a wide range of fascinating topics! As they say, if you’re the smartest guy in the room, you’re in the wrong room… Therefore I came to this “room” where I’m the dumbest and have the most opportunity to learn

aaanyway… if u r interested in any of that, feel free to check it out! 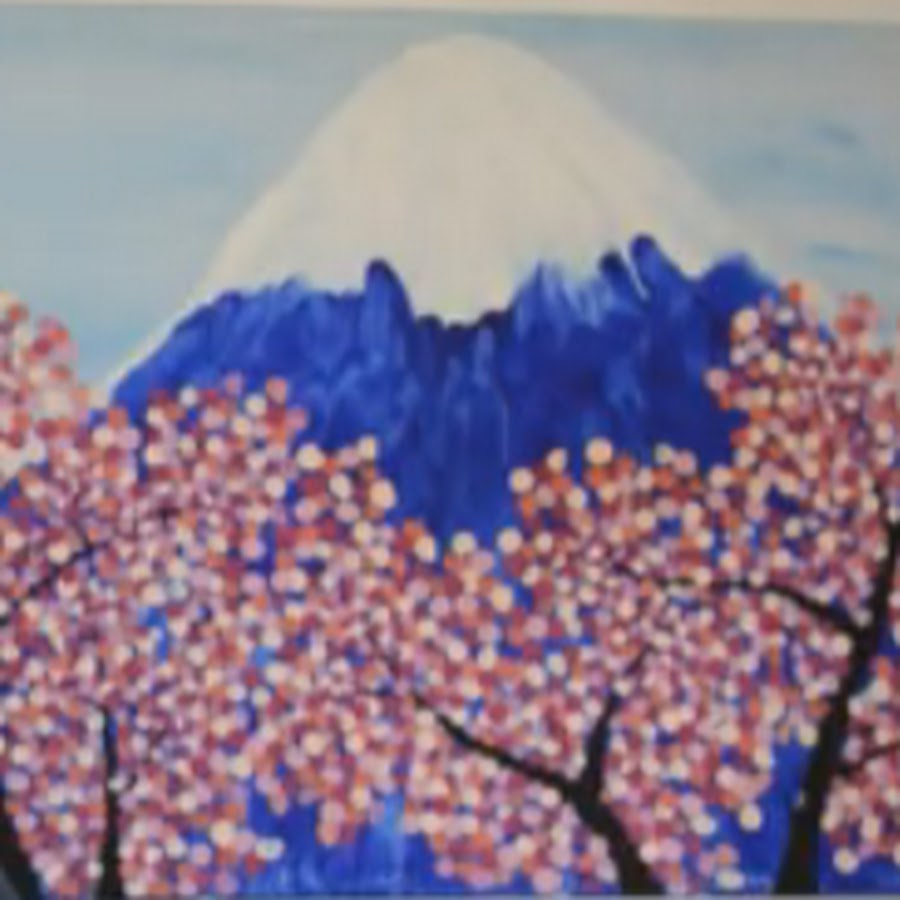 my bad japanese and my terrible guitar playing

I worked with Ruby (and Rails) for around 11 years. 2020 is the year I finally made a leap and started working professionally with Clojure

I’m a dad of two, a husband (of one). I enjoy weight lifting and mountain biking in my free time. Also, I walk a lot.

I hope to do more OSS work and blogging this year!

You can find me on the Internet as @_tomekw on Twitter, @tomekw on GitHub, or on my website where I try to occasionally blog about Clojure and Ada.

Hi all,
My name is Oshan Wisumperuma, from Sri Lanka.
I have been working on Ruby on Rails, Java for past 5 years.
I’m new to Clojure eco system. a friend introduce me the language(Tomasz Balon)
reading “brave clojure” these days.

Hi, my name is Simon. I work as an online tutor for high school students.

Long long time ago, I had used Emacs a lot in Sun workstation. I even coded Bayesian analysis with XLisp-Stat once. The experiences I got there were satisfying. Then later I switched to C++ and Matlab and Windows system for that was what my job then required. C++ codes I wrote were in objects, and they gave me a very nasty surprise. In short, it didn’t converge when it was supposed to be so. After I stripped a simple array out of its object, the math simulation converged in a normal manner.

Recently I am trying to learn Clojure for two goals in mind. The first one is to download financial data and to analyze them. The second one is to do text parsing and linguistic analysis. I tried Python, which had allowed me to start pretty quickly. However, I could not like the appearance of its codes.

Most of my Emacs and Lisp experiences had rusted away. The big overhead of Lein setup had not helped me with much ease of beginning. Anyway, at this moment the REPL and cider-mode have been set up. Hopefully, the road from here down would be less bumpy.

Glad to be in this community.

I’m back-end developer. I started studying and applying Clojure to IoT Server in commercial project from Jan 2020. Before using Clojure, I used C, C#, C++ in 7+ years with not-qualified programs. My colleague also satisfied using Clojure because it is easy to modifible and maintainable.

I hope that a lot of companies used Clojure in Korea.

I’m Remy, a French-Bolivian expat living in the Czech Republic.

I first heard of Clojure a year ago or so and recently introduced it at my workplace for a new project (so yay, small win for the language). Other than that I am still learning it in my free time in hopes to soon start contributing to some open source libraries, and in general just enjoying watching past conferences.

The language shares ideals with my former research field: linked data / semantic web, and every other day I discover some new crazy thing being done with it which keeps me motivated and curious.

And finally: I’m teaching myself how to brew espresso. Luckily Prague has a huge specialty coffee community, so I won’t run short on fuel no matter how many shots i screw up.

Hi, my name is Norman, I’m living in South Germany.

I’ve fallen in deep love with Clojure 2 years ago, but still have a lot to learn though, my sparetime to learn is very limited.
Stumbled across Clojure around 4 years ago but had a break learning F# in the meanwile.

Started hobby-programming in mid 90’s enjoyed IRC in its best times
… make a living with programming since around ~17 years in several programming languages.
Strong OOP background but now I’m completely owned by FP.

I must admit that I regret that I didn’t stumble across Common Lisp in the 90s, it could have probably changed my live as developer, to a better, much earlier.
Currently I’m in the unlucky situation that I’m forced to do C# as employee and every minute touching C# feels like completely wasted precious time.

Also running a freelance business in addition to my job as employee since 2009.
Clojure is the best programming language I’ve ever came across.

I’m following your discussions in this forum for a while, but normally I’m not the guy who’s talking that much, rather busy reading, learning, trying to make progress.
I think I already purchased almost every book about Clojure, but not finished reading all of them for sure.

I’m looking forward having a really good time with you all in this forum, so many nice and smart people here!

Have you tried pu erh tea?
rare to find out of China until recently (they keep the best for selves…

yet another voice from Germany here (Cologne).

I’d like to call myself a philosopher turned programmer for reasons of sanity: After defending my PhD thesis about a year ago I was pretty worn out and felt like trying something new and different… or maybe not even all that different:

I had dabbled in programming before; tried my hand at Perl and Python but the only language that I’d always come back to turned out to be Emacs Lisp (which I learned via Conrad Barski’s fine book and used whenever some domestic job needed a programming solution). Somehow the Lisp way sat much better with me than the OOP stuff, in part because academically I had a background in formal Logic, including Lambda calculus.

But it was only after listening to talks like Are We There Yet?, where Rich Hickey references A.N.Whitehead, that I was totally hooked. Seeing some of the abstract concepts I was familiar with as an academic philosopher applied to real world problems in such a hands-on way was fascinating (one of my early professors was really big on Whitehead). Also, my main philosopher Johann Gottlieb Fichte constantly stresses the primacy of processes over things… so the centrality of functions resonated with me on many levels.

With my acadamic life taking a break I threw myself into learning Clojure with the immediate goal of doing some small time web development to keep my boat afloat… it has been a struggle, mostly because the underlying technology (HTTP, the DOM,…) is usually taught to newcomers using other languages than Clojure. So, of course, I got some basic JavaScript and some (very basic!) Java under my belt in order to at least know what I would be interopping with.

As of now I’d say 75% of my Code is Clojurescript (I use Macchiato for the backend), 20% is Clojure and 5% other stuff. Professionally it’s all freelance work, but more and more I would like to find actual colleagues I can share some experiences with. For the time being I’m really looking forward to doing this very thing right here! Of course I’ll chime in when I feel I have something to contribute, but most of all I’m eager to read more from the much more experienced and wiser folks around here!

(I am actually a green coffee guy, eating it raw and washing it down with water.)

sounds awesome! great having you!