Making my way through `shadow-cljs` and `reagent` - asking for opinion

I’ve recently posted few questions on this forum and received kind answers. Thank you for that! What I wanted to ask you right now is some kind of „early-stage diagnosis” for anything especially wrong with how I understand shadow-cljs and reagent should be used together in order to help me catch any bad behaviors (and I do expect them, as I am completely new to both ClojureScript and Reagent, although having experience in other Lisps).

That’s the sample page with shadow-cljs, reagent, secretary and accountant. 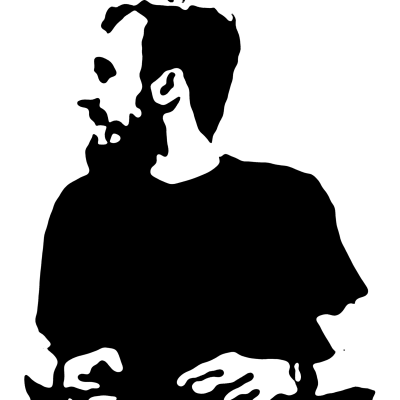 (Of course the content is completely dumb placeholder, I was just lurking around)

I am not convinced if request like that is appropriate here or not - I really apologize if this is going to be unkind or against some rules. If not - I am waiting for all the criticism at this very first step.

shadow-cljs side of things looks good. I’m not a reagent expert either but looks good to me too.

Don’t think there is right or wrong. But most of the reagent apps will use one big atom for app-state, and use cond or defmulti for routing?

one big atom is because “single source of truth” is simpler model, the ui is just a reflection of the data structure. the only exception is the component internal state (e.g. animation?).

the use of cond or defmulti seems easier to reason, since the ui component will not get mixed up with the routings.

reagent-cookbook - Examples of how to accomplish specific tasks in a Reagent webapp.

So we are talking about two separate problems:

I am not convinced here - with separate atoms updates might end up more complicated because I will have to modify only one key of app-state, like:

Which one is better? I don’t know! I like the idea of passing app-state atom as a page argument to keep it free (sort of) of hardcoded side effects. But as of writing this, I am starting to be more towards using this little merge and be able to keep state in one place (maybe this will be useful with some Redux implementation? I haven’t explored this area in CLJS yet).

What I don’t like in my approach is keeping reagent component inside application state, and I think that’s the main flaw. Maybe I should do it more like, following reagent-cookbook:

Did I understood your advice correctly, that’s what you meant?

For me system in reloaded workflow is sort of app-global database describing current state of application. Resetting it to default should be, in essence, equal to restart-and-reload.

Also, I’ve submitted my previous reply too early by mistake and later edited it, so now it’s complete.

Looks good. Reagent by itself is pretty agnostic about using a single ratom or multiple smaller ones. Personally I sometimes start with multiple ratoms while exploring, then refactor to collect all state in a single !app-state var (I use the leading exclamation mark to mean “atom-like var”). Reasons why I think it’s often a good idea:

Finally, once you think it’s time to regulate state updates more strictly, you can smoothly move on to re-frame or one of the other state-management frameworks for Reagent.

Yes, I consider system as a tool for handling stateful components of a system which have the needs to take extra care of lifecycle. However, the data of the application is not under this category. For example, if you are building a todo app, where to read/store your todos? you will need a database/datastore for storing your app data. system will be used to manage your connection/reference to the database/datastore, but data itself should not be managed by system.

your example are pretty much close to finish, the parts left are

how to organise/manipulate you data/data model,
how to handle side effects/async stuffs (ajax, scheduling rerender, local storage…etc),
how to handle quirks/performance.

This is becoming blurry, but I think that database connection is system, actually displayed page also is system but list of todo items or state of the coutner is not system. For me, dividing line is between runtime state and data state.

I’ve incorporated your changes into https://github.com/otwieracz/reagent-test/commit/fa58fb2beddfcb3d79573b27f7c40d075a993cbe

Do you have any other suggestions?

A really good article for you to understand more about reagent.

For system topic, I don’t have much to provide