I had two questions on my self-learning journey to ask.

When I started learning Clojure, I made the decision to force myself to use Clojure for all my programming and automation tasks.

Basically a variation of the Total Immersion strategy for learning a new language.

In the beginning it will slow you down, but it is an exponential process - the more you use Clojure, the more places you’ll find that you can use it.

As you build up these little functions to help you with your daily tasks, future tasks become easier. You’ll start building up your repository of functions that you can combine in different ways. And you’ll learn while working on things that are actually important to you and make you life easier.

Here are some more tips for this:

Has anyone ever encountered list(s) of recommended projects that one should build in order to learn particular programming or computing concepts, in increasing complexity & dfificulty?

Answering my own question, I came across this recently: 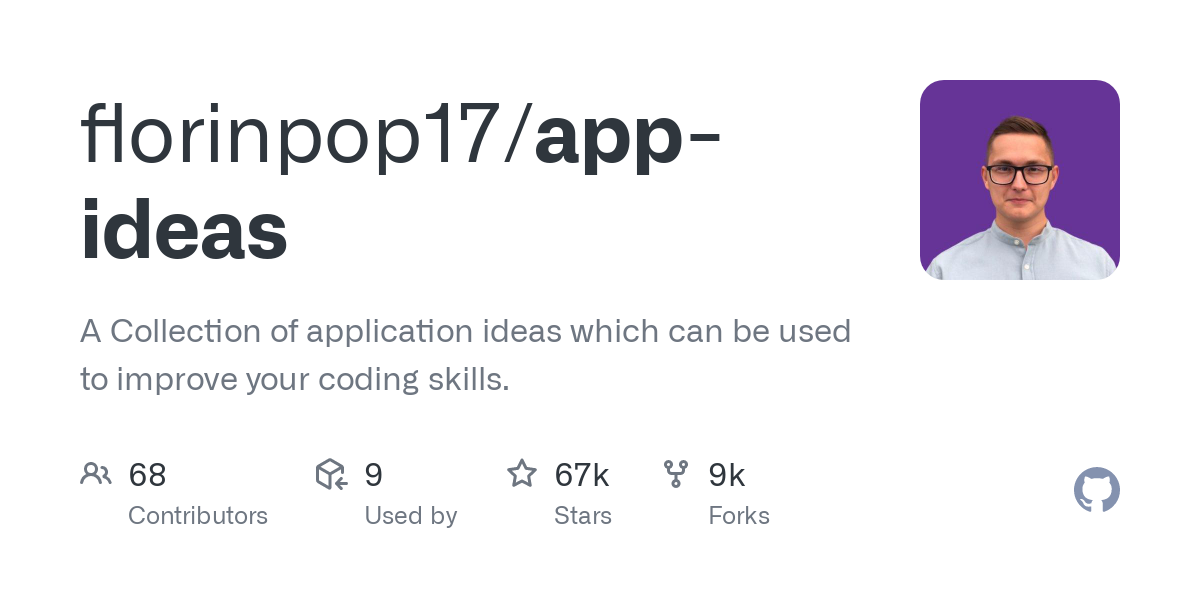 GitHub - florinpop17/app-ideas: A Collection of application ideas which can...

This is not just a simple list of projects, but a collection that describes each project in enough detail so that you can develop it from the ground up!

Each project has the following features:

Here you can watch a video about this repository.

Projects are divided into three tiers based on the knowledge and experience required to complete them.