Week 47: What are you working on this week? 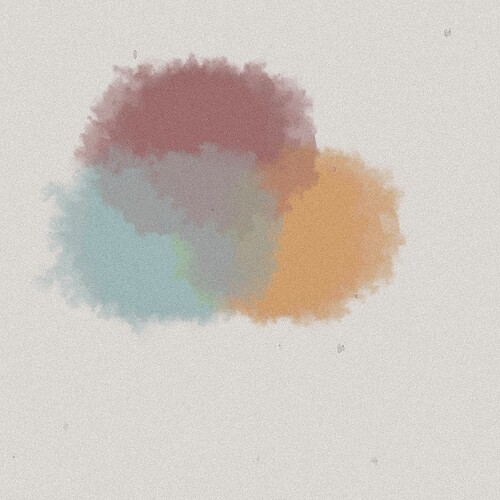 I’m working on adding and documenting some configuration options for Expound, so that users can control how many error messages are displayed and also control whether or not the “relevant specs” are shown.

Going to continue working on some of the projects I work on on and off:

I used Clojure to understand another programmer’s DB. Made a UML-like diagram to visualize it, but better: examples, row counts, no empty tables, etc.

Used GraphViz. Since I’m lazy, I ripped off Datascope’s sourcecode and molded it. Just modifying examples is way easier than learning the underlying Rhizome straight from docs.

The overall project is to invade the company’s various departments, automating all teh things. Like outfitting everyone with mecha.

Fortunately not to fire people, but free them from drudgery. (In a better world, unemployment would be freedom, but in this silly world I have to consider such things.)

Right now we’re focusing on an overworked finance person who pays entertainment partners monthly. I slurp data from almost 20 sources. (Like contracts, audience views, partner bank accounts, etc.) Stick it in a DB. Then massage that DB. Then spit out a handy report for our finance person.

If you generate Excel, which is a powerful data-driven environment, excel-templates is a handy weapon.

Looks great! Haven’t you gave a talk recently on the same exact topic?

Thanks! I haven’t talked about this because I’ve only just written the code yesterday.

I did give a lightning talk at the emacs meetup about creative coding in clojure, though.

For Lambda Island, I’m looking at how I can start selling individual episodes instead of only doing subscriptions. This has been on my todo list for a while, but it’s not entirely trivial. For the memberships all the hard work is done by Chargebee, which has really made my life a lot easier. I was looking for a similar shopping-cart-as-a-service thing that I could leverage, and ended up at Moltin, which I’m now evaluating.

My main concern currently is that the examples I’ve seen assume credit card data passes through your server, which is something I’m staying miles away from, but there might be ways around that. Their docs point at these Payment Request API docs from Google, apparently it’s a proposed W3C standard. Still trying to understand what that does exactly.

My other concern is EU VAT rules. These have gotten a lot harder since 2015 for people like me who sell digital goods and services. For EU customers I need to calculate VAT based on the customer’s location (so I need to keep up-to-date data of VAT rates in all member states), except when the customer is itself registered for VAT in a EU country other than my own, in which case the VAT rate is 0%. Yes, fun. Chargebee handle this swimmingly behind the scenes, but it doesn’t seem like Moltin has that functionality, so I might have to roll my own. I did find this github repo with VAT rates which would help assuming I really have to roll this myself.

I’ll also be doing two days of contract work, building a “dev dashboard” so we can start/stop different Figwheel builds from a web page.

Just found a link to that talk, you might find it useful if haven’t seen already

Fighting off the urge to play around with Godot ever since https://github.com/arcadia-unity/Arcadia Godot came out.

Speaking of Arcadia I remembered there was a Screencast that I was in the middle of turning into a tutorial /transcript.

I’m on vacation this week, but I just published https://github.com/seancorfield/boot-localrepo which is a Boot wrapper around Kumar Shantanu’s very useful https://github.com/kumarshantanu/lein-localrepo/ that lets you work with your local Maven repository (specifically, installing third party JAR files that aren’t available on Maven Central).

I also blogged about how that Boot task came into existence: http://seancorfield.github.io/blog/2017/11/17/boot-localrepo/ (which shows how versatile Boot is from the command line!).

Din a 1 hour presentation at my current job.

Fired the repl, started the server, figwheel and just went through a section of the fulcro app I recently built.
The focus was on front-end, since next year we’ll be rewriting from scratch our existing reactjs codebase.
Showcased just how ridiculously simple everything is: normalized app state, optimistic updates, SSR, loading related entities from the server in one request (graphql like flow).

Everything went really well, was expecting a lot of tricky/rude questions & remarks from javascript developers that are a bit defensive. To my surprise the general consensus at the end was that it’s really nice, but it can also be done in javascript and nobody wants to learn a new language.

Gave it a try in javascript before deciding to learn clojurescript. but wow … things get really complex and convoluted, it can be done but maintaining it is really the problem.

Hopefully once the javascript team actually starts work on the new version & experiment with the solutions out there… learning clojurescript might seem acceptable given just how much you get for free by using clojure & the libs in the clojurescript ecosystem.

I feel like Figwheel has this really big problem: it’s so much like how you think it should work (type something and you see it) that it’s almost invisible.

And I’ve had people say “that’s possible in JS, so uninteresting” as well. But then nobody actually does it! They don’t get how much of a non-issue it is.

A post was merged into an existing topic: Week 48: What are you working on this week?