Week 48: How are you procrastinating this week?

This started as a “what are you working on this week?” comment. But it became huuuge.

Apologies if this should be a blogpost…

Blocked waiting for someone’s DB schema. Well no I’m lying, I can do something else but am procrastinating.

Ten authors meditate on a 1-liner that creates a maze. (Talk about literate programming!) 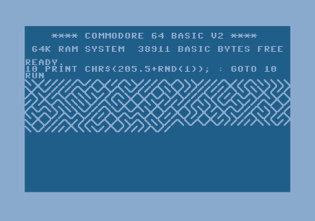 procrastination: The Fire of the Jaguar

Like us, anthropologists model what people do & return something infused with their insights. (But a book, not a tool.)

David Graeber’s foreword to “The Fire of the Jaguar” shows anthropologists have eerily similar-sounding problems & infighting:

State’s big. Example: a ritual flips your state from child → adult. (When different observers perceive different states, they’ll invoke different social logics if a cop shoots you as a child vs adult.)

Vocabulary I’ll bring into my programming:

Reading: The Dream Machine by Mitchell Waldrop. At the last stretch, have just finished reading about the decline and fall of Xerox PARC. Fantastic book.

Graeber’s Debt: The First 5000 Years is one of the most interesting books I’ve read this year. Between that and Seeing Like A State by James C. Scott I took a lot of ideas from a couple of anthropologists.

Day job was mostly spent on patch reviews, and determining what I’ll be working on when we start work on our next major release. Kind of in a down cycle at the moment as we have for the most part finished our last development cycle.

Outside of work, I’ve been spending time working through the SICP book, and watching the SICP lectures on youtube. I’ve also started to work through Living Clojure.

Don’t a lot of professions have similar issues though? I feel like a lot of these are just human tendencies. I could be wrong through.

This week I’ve been customizing chunkwm, a tiling wm for OSX. And playing around with the alacritty terminal.

I’ve also been playing Faster Than Light, a random procedurally generated game where you encounter enemy ships in space. It satisfies that problem solving itch I get with programming. :