Is cider-eval-last-sexp-to-repl meant to create a new prompt after evaluating a piece of code? 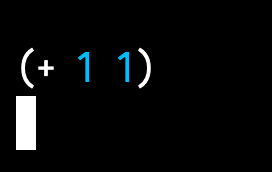 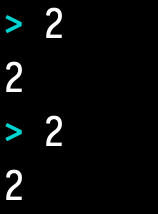 Is this behaviour expected? Seems odd

cider-eval-last-sexp-to-repl is intended to help you “type in” an expression by evaluating another expression, which most likely is not in the REPL buffer but rather in another buffer. Therefore it puts the result “at the point” in the REPL, as if you had typed it in (not as if it were stdout or a normal expression result); and therefore when you hit Enter in the REPL it gets evaluated.

In short, I think this is not the command you intended to use!

Thanks. Is there anything in Cider which does this? Cursive has this send code to the REPL to be evaluated semantics and I prefer it over typing into the REPL.

A REPL is a Read-Evaluate-Print-Loop process, so there will always be a new prompt after an expression is read, evaluated and result printed. This is normal.
If a new prompt doesn’t appear then its either a long running process or something bad has happened.

To send code from an editor window to a REPL buffer without that buffer sending the code to the REPL, then try something like cider-insert-last-sexp-in-repl - or just copy(yank) / paste as that is all that is happening I believe.

From the Cider source code

If this is for a longer running process, then it is more effective to run a REPL process in an external terminal session and connect to that process using cider-connect. Typically there would be a user namespace defined in the project with convenience functions to call, e.g:
https://practical.li/clojure/clojure-tools/projects/configure-repl-startup.html

Hum, ya I think there is a way to do that.

Try this: Anyone else gets annoyed with Cider? - #5 by dpsutton

Also seems like you don’t know about cider-eval-last-sexp ( C-x C-e ) ? That’s really the one you should be using by default, it’ll evaluate the form inline with the code, no REPL buffer needed.