i think emacs is really great. now i know that many in the clojure community also like to use emacs, so i just wanted to ask about what color themes you like to use for doing clojure?

I use the Spacemacs theme: https://github.com/nashamri/spacemacs-theme 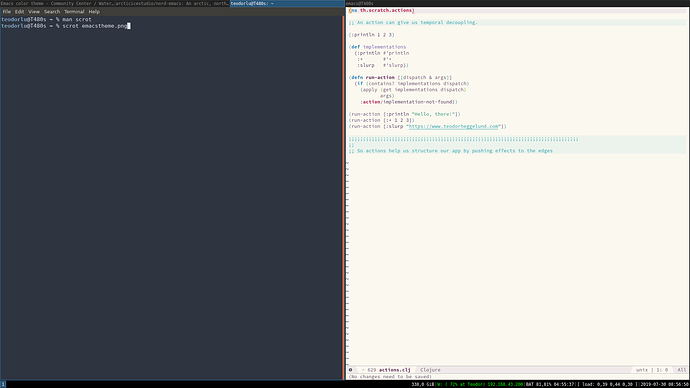 solarized-light for both Emacs and iTerm

I’ve created my own low-contrast theme based on Zenburn, but with a different palette:
Sunburn Theme (it’s available on Melpa).

I have another one in progress, but I haven’t yet put it up in Melpa.

I alternate between Cyberpunk Futuristic and Planet themes

I’ve been working on my own quirky theme and I don’t see myself changing as I make adjustments. 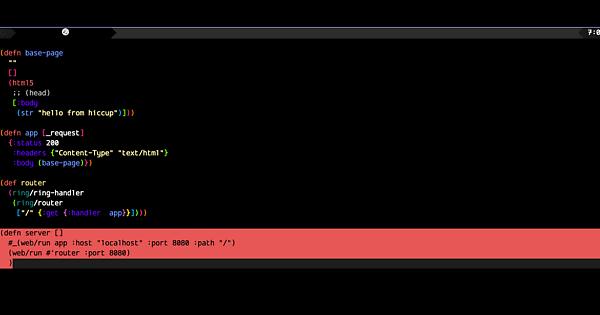 I also use dracula theme

I used GitHub - hlissner/emacs-doom-themes at screenshots a lot - but these days, I just use sexy-monochrome (dark) and eink (light) theme with no syntax highlighting. 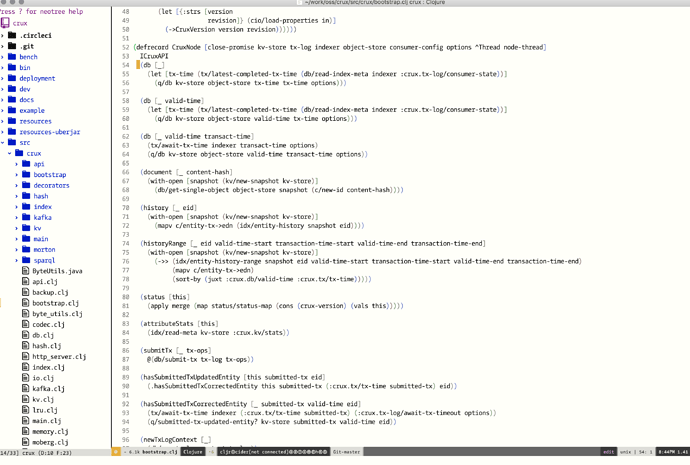 Why you use no syntax highlight? i can’t imagine myself without it OMG

It is not that horrible - for me it has less noise and code feels easier to read, maybe give it a try sometime.

Thanks for sharing! The sexy-monochrome theme worked surprisingly well for me (while programming in Clojure.) I guess I don’t need to rely on the syntax highlighting in Clojure as much.

monokai is my all time favorite.

I’ve also used spacemacs default theme. Some time ago I’ve found seemingly cool SYNTHWAVE '84 theme. Unfortunately it is not for emacs but quite impressive to me.

I am using Emacs/Prelude/Nord theme, and just noticed that I’m seeing rainbow delimiters in my Clojure editing, along with other syntax highlighting seen previously. (I have not been doing that much Clojure, of late.)