Is it more idiomatic to write Clojure code wide or deep? Should I keep forms on the top line and use the full width of the page, or split the form and increase the line count but reduce horizontal scanning? 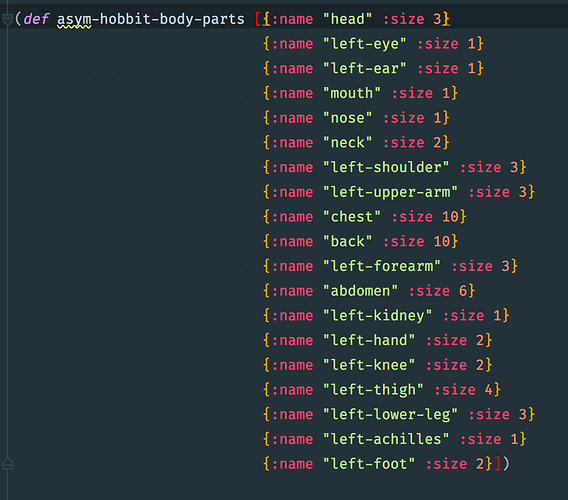 But to me this narrower version seems easier to scan: 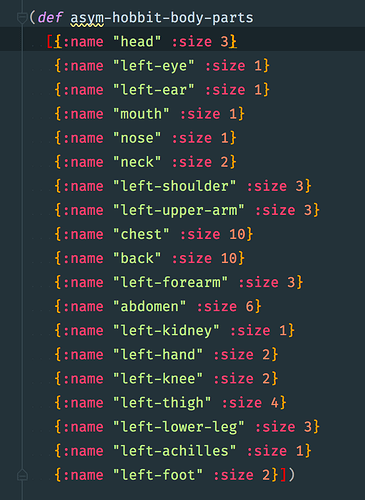 cljfmt doesn’t appear to object to either version there, but it does want to format this:

…with additional indentation, presumably to align the first parameter of str with the second:

Are there any rules or general guidance about when to wrap forms onto new lines, or is it largely a matter of taste and preference and being consistent?

I find myself mostly preferring narrow style (deep, not wide), but the problem is that there is no idiomatic answer

To further confuse things, there is a third style common in EDN config files. To take your example, you wouldn’t normally see this style in code:

But this is becoming pretty common in config files:

Anyway, here are my suggestions: