Earlier this year I released Nightcoders.net which allows you to build entire ClojureScript projects without installing anything on your machine. You can export the projects at any time if you want to continue development on your machine. It’s pretty dope!

I was wondering if anyone had feedback, pain points, and so forth that they could share. I’ve heard that it has some issues with Firefox, and I know for sure it doesn’t work in Edge. Beyond low-level problems I’d love to hear about what features you think would be great to have. Thanks y’all!

I enjoyed playing with it when it first came out but last year there seemed to be an explosion of editors that came out so I’ve been learning those as well. Two of those editors were also yours.

This week I’ll give nightcoders another shot and try to build a non-trivial web app and post my feedback here.

Just wanted to point out that it is now open source! 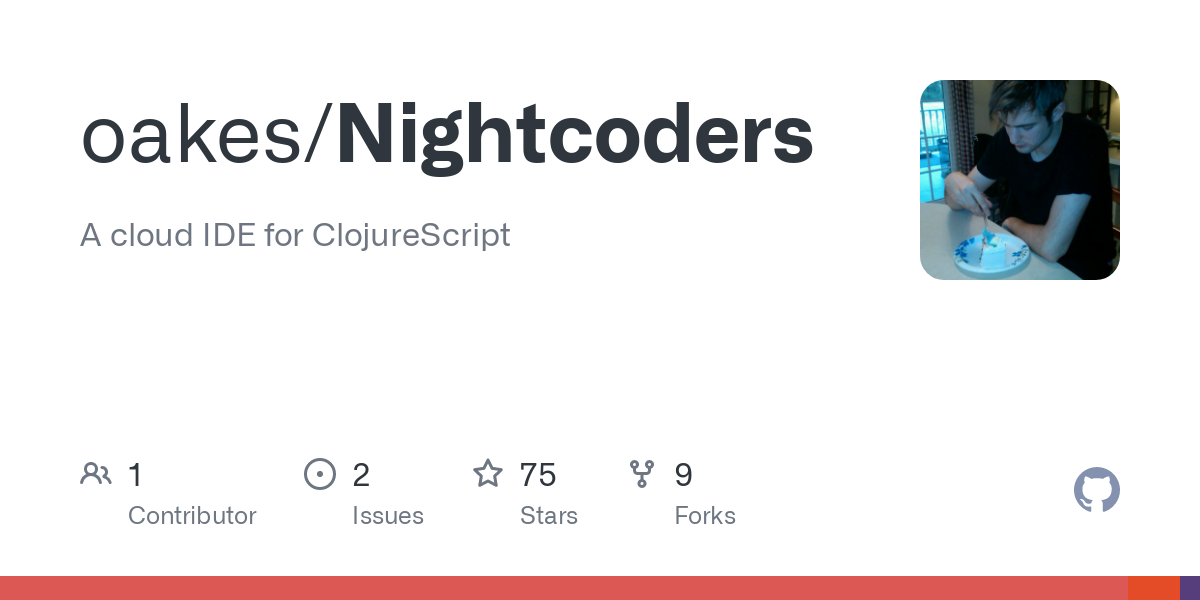 A cloud IDE for ClojureScript. Contribute to oakes/Nightcoders development by creating an account on GitHub.

It’s not a commercial project so the only thing that held me back from open sourcing was my embarrassment over the server codebase, but i had a moment of lucidity last night and realized that i don’t care…lol.

The only thing that gets me is the loading times when I’m on the company network. I wrote this big detailed post about how it wasn’t ever going to load but by the time I finished writing it, the app loaded.

Now that I’ve gotten past that hurdle I can try it out like I said I was. There is someone at work I’m trying to help learn Clojure so I think it’s cool I can send him a link to my code and watch him try to hack on it or fix the intentional bugs I added or fill in the blanks. In a month or two I’ll let you know how it worked out as a teaching tool.

I’m really amazed at the tools you’ve built and the way that you’ve turned all of your ideas about different IDES into a reality. Seriously, they all serve a different type of user, have their own set of problems you had to solve, and required a totally different approach for each one.

This is why I’m a patreon of yours. Well I will be again after they fix their issues with my payment details.