So what css grid frame works do you all use if you choose Garden to create your css? I’m not a big fan of bootstrap and Bourbon seems all but impossible to really get going with Garden. I’ve taken a look at Mesh and Greenhouse which are written in clojure. Both seem to have some interesting bits, Greenhouse a little clearer to use of course.

I realize this may not directly answer or help with your question, but maybe there’s something in it for you:

With Flexbox and Grid being an option for me (I’m able to disregard non-supporting browsers), I usually ‘roll my own’ in terms of not using a grid-y framework at all. I moved away from the conceptual styling models of Bootstrap and the like by separating styles into a large collection of primitive classes (large meaning a lot of them), like .txt-bld, .txt-it, or .d-f.fd-r.f-ai-c (meaning something along the lines of display: block; flex-direction: row; align-items: center), and a few ‘trumps’ for unique/special elements on the page (usually below 10).

This has enabled me to only ‘name’ a component/element of the UI when I build the actual Reagent/… component, and has reduced mismatches between naming in CSS and ‘behavioral’ components. Anytime I felt I needed a ‘traditional’ CSS framework it immediately brought back all sorts of problems related to conceptual mismatches between styling and logic, which ultimately made the code much harder to understand/work with, and probably more costly in the long run.

About what I expected. Funny I started playing with flex grid but i’ll have to come back to it. I don’t really like the implementation YET. I’ll have to toy with it more.

), you will like Tachyon css. It’s functional, really
http://tachyons.io/

Good resourse to learn it 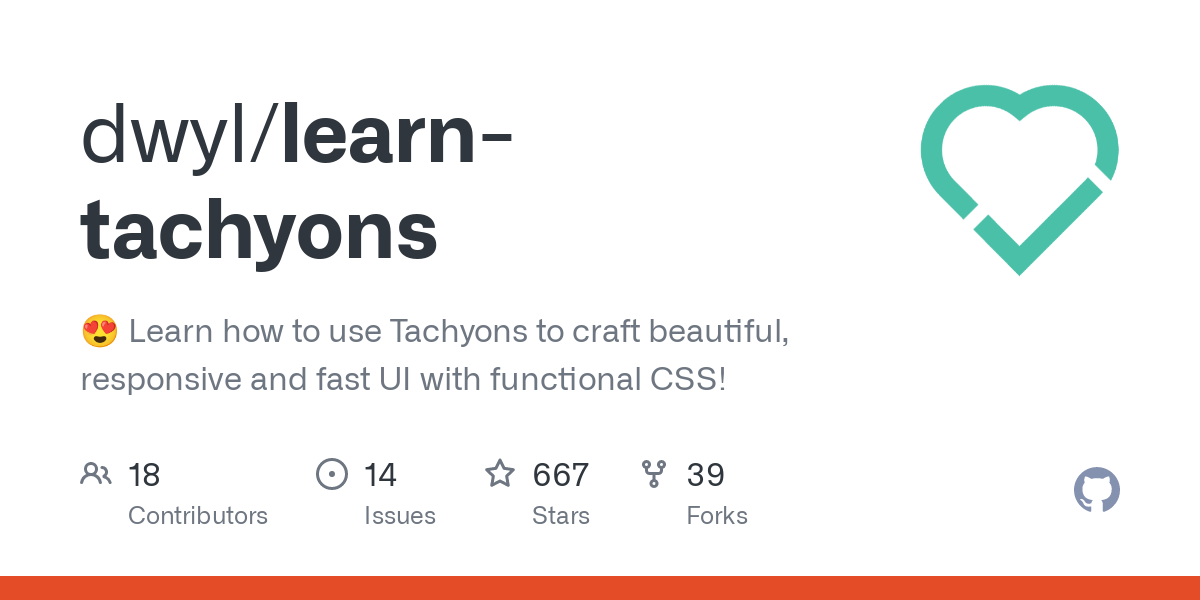 GitHub - dwyl/learn-tachyons: Learn how to use Tachyons to craft beautiful,...