Say hello to Joyride - The Clojure REPL in VS Code

In case you’ve managed to miss it: @borkdude and I have cooked up something pretty exciting. (I know, biased, but you can bring it to the bank that I am excited about it.) 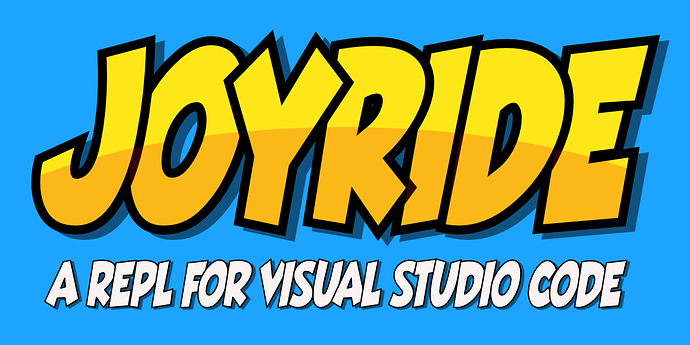 Joyride is an extension for Visual Studio Code that brings Clojure Interactive Programming powers over VS Code and its Extensions into user space (compare with Emacs and ELisp). Now things that otherwise takes a full blown extension to do, now can be done interactively in the editor itself. By you as a user of VS Code, while you are using it. Yes, we are leveraging on SCI to create this thing!

Joyride is very young. First baby steps, if there ever were any such, anywhere. But it is already quite useful: Some key features:

Here’s a non-contrived example: When recording a demo video of Joyride I needed something so that the audience don’t start thinking of ways to kill themselves while I slowly type my Clojure code. So I tried to use the MacOS built in text-substitution mechanism. It is exactly what I need for this. Then I discovered that for some reason the feature does not work in VS Code!

Now what? I recalled that some year ago I released an extension that pastes text from the clipboard applying whatever replacements you configure. The extension is Paste Replaced and it is not a block buster, if I put it that way. (It had 35 downloads when I checked earlier today). But it was quite close to the tool I needed right now. So. I configured some replacers for it. But it was a bit too awkward to type some text, select it, copy it, then do paste-replaced. Having spent some time googling and asking around for a solution … face palm … I can use Joyride for it!

The ingredients in this solutions are:

Here are the settings for Paste Replaced:

Here are the two functions in <joyride user scripts>/my-lib.cljs:

The reason I need two functions and two keybinding definitions is that the in the text editor, I can’t replace all text, it should just be the just typed ”word”. And outside the text editor (input prompts) I don’t know how to select just a word, but selecting all text works. The when clause takes care of letting the same keys work for both commands.

Please roam the examples in the Joyride repository for more ways to use it. And please consider contributing with how you use it!

It would be fantastic if you would like to try this out. Please don’t hesitate to ask for help here, in the Discussion on the repo, or in the #joyride channel at the Clojurians Slack.

9 Likes
London Clojurians Talk: Joyride VS Code using a Clojure REPL (by Peter Strömberg and Michiel Borkent)
zcaudate May 24, 2022, 2:17am #2

@PEZ, this is pretty cool. Now you guys need a MELPA for Joyride and and a built-in package-install library

A couple of questions:

Seriously, we’ll probably (if Joyride gets any popular) do something for sharing around solutions at some point.

I’m curious why you have to embed an nrepl? Wouldn’t it be possible to eval script the cljs code directly within VSCode (as you can with elisp)?

It’s a matter of convenience and leveraging existing tools. nREPL means Calva can be utilized as a REPL client (or CIDER, or any nREPL client). I’m not too familiar with ELisp and the usage patterns there, so can’t really compare.

You can evaluate the script pretty easily. And also evaluate arbitrary code with Joyride, so you don’t need to start the Joyride nREPL server. (Which could be tricky in a Clojure project, because of some Calva limitations.) You can use Joyride to make it more convenient than selecting code and pasting in the Joyride: Run Clojure Code… input box. E.g. if you have this in some library you load from your activate.cljs script:

Then bind a key to it:

Now you can hit cmd+ctrl+enter with any selection. And have it evaluated. Say you have this Rich comment:

(The vertical bar being the cursor.) Then press: ctrl+alt+w, space, cmd+ctrl+enter to get:

We will be adding some API to Calva that will make it more powerful to leverage its structural commands programmatically. But already you could give yourself an Evaluate Top Level Form command by binding some key to:

Is it possible to pull in dependencies (from npm/babashka)?

You can’t use just any dependencies. The built in ones you can just require. Placing libraries in the classpath (which is either the user or workspace script directories) you can use them as long as they are compatible with SCI and how Joyride uses SCI. (It should even be possible to create your own m2 directory there and write some Joyride code to populate it, afaiut.) I think we need to make some updates to Joyride to get all built-in sci-configs goodness that nbb users enjoy. @borkdude knows more about that. As also the question about npm dependencies. I think that in theory you should be able to do that. It might require some changes on Joyride to enable it. Let’s see what Michiel says about it!.

Sweet. Thanks for the write up. I never noticed it before but wow, the p/let macro is super handy.

I’m not too familiar with ELisp and the usage patterns there.

It’s basically what your solution for Evaluate Top Level Form command does.

I never noticed it before but wow, the p/let macro is super handy.

Indeed! Even if I was abusing it in that second function

Calva just got an updated, that relates to Joyride because it adds and API for evaluating code through Calva’s REPL connection. 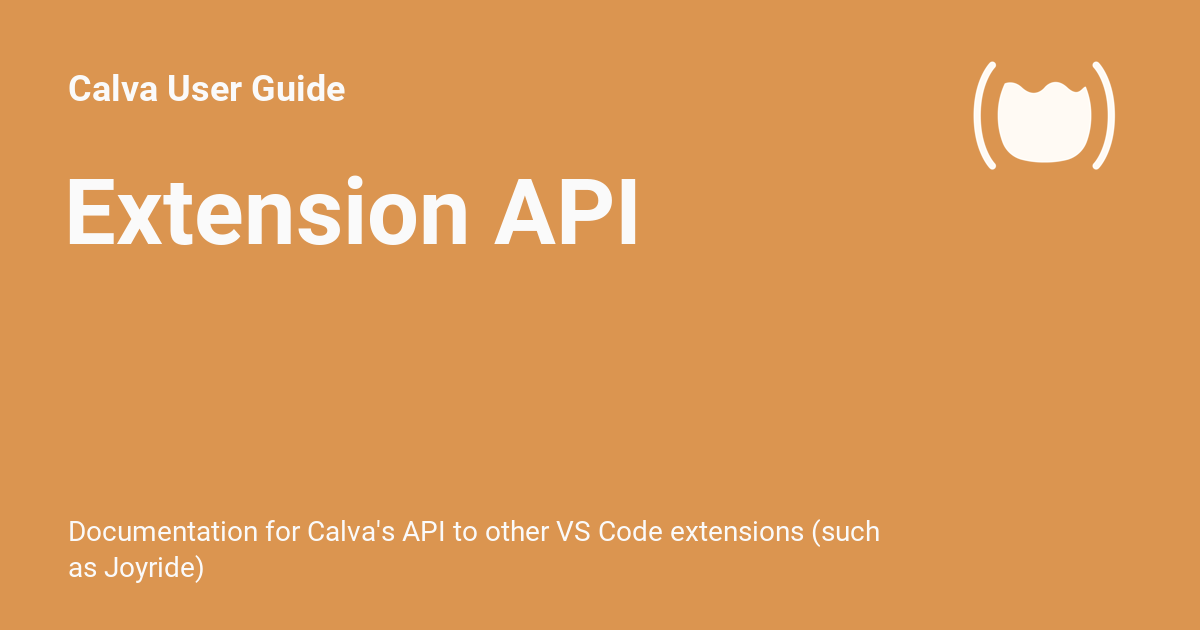 I find that my mind boggles a bit when using this and I have to pay a lot of attention to where which code is being evaluated.

Will be cool to see what people do with it! I don’t have a use case myself right now, but I know @seancorfield has!

This implements the two “missing” commands from my previous VS Code / Clover setup where I could highlight a symbol or expression, hit a key binding, and have the appropriate JavaDoc or ClojureDocs page opened directly inside VS Code using the built-in Simple Browser.

The JavaDoc code evaluates the selected code from the editor in your connected Clojure nREPL to get the underly Java class name and constructs the javadoc-url from that and tidies up the result so it will open in a browser. Joyride gets the selected text from the editor and submits it for that evaluation to get the nREPL result (a string) which is then read as EDN to get the URL string (because nREPL returns "\"https://...\""), and then uses VS Code’s executeCommand to show the Simple Browser with that URL.

The ClojureDocs code is simpler (since it only works with a symbol): it resolves the symbol (using (str (symbol #'<symbol>)) via your connected Clojure nREPL) and builds a clojuredocs.org URL, tidied up for a browser. As above, Joyride drives that evaluation to get the result, reads it as EDN, and shows the Simple Browser.

Latest Calva, v2.0.278, has some added Extension API to make it easier to get at text from things like the current form, and current top level form. (Easier, for instance, than with some of the examples I’ve posted above.) See above for link to the Calva Extension API docs.

While we figure out how VS Code extensions can distribute utility Joyride libraries, I’ve added an example z-joylib.calva-api namespace here:

A REPL for Visual Studio Code. Contribute to BetterThanTomorrow/joyride development by creating an account on GitHub.

New Joyride version out, v0.0.15. Here’s the changelog since we started: