What is the most beautiful lisp code you've seen ? (clojure included, 100 loc max)

Lisps are so expressive that we can do mind-blowing things in a few lines of code.

One of my favorites is microKanren 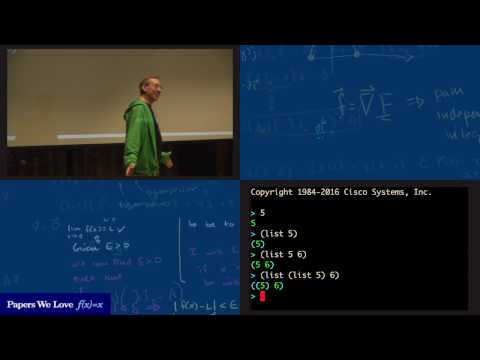 I kind of want to say that most of the code in the middle part of Friedman and Felleisen’s The Little Schemer is beautiful, even though most of it should be considered routine once you digest it. But by that standard, many common Clojure one-liners are beautiful as well–which is something I love about Clojure. So I think it’s hard to find the most beautiful lisp code, because there are so many beautiful bits of code that are part of every experienced Scheme, Clojure, or Common Lisp programmer’s mental toolbox.

Some of the Walmart code is beautiful - https://www.youtube.com/watch?v=av9Xi6CNqq4&t=1342s
I don’t understand it very much, but it is obvious that a lot of care has been put into writing and maintaining it.