We will be having another Clojure-Asia Online Meetup for the month of June! Slightly less than a week from now!

We will be having a talk by @zackteo (myself) titled “Introducing core.logic with Sudoku” .

The talk will be followed by QnA/discussion. Hope to see you there!

Please fill up the form here: 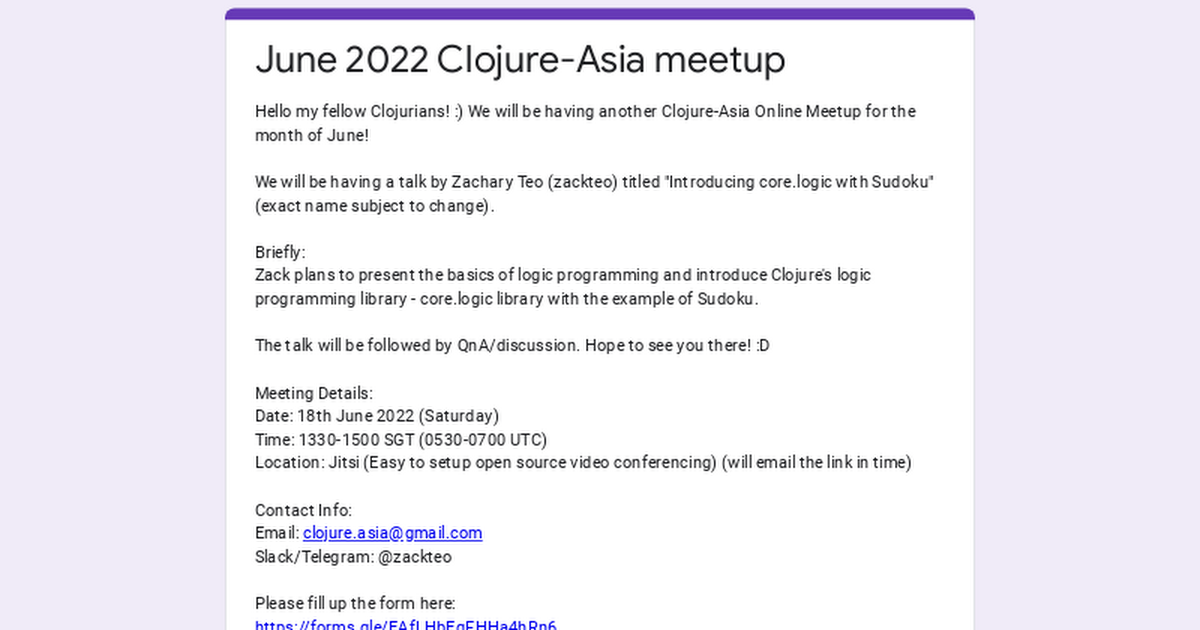 Hello my fellow Clojurians! :) We will be having another Clojure-Asia Online Meetup for the month of June! We will be having a talk by Zachary Teo (zackteo) titled "Introducing core.logic with Sudoku" (exact name subject to change). Briefly: Zack...

Also:
Do join us on the #clojure-asia channel in the Clojurian Slack: Slack

This is a photo from last month’s meetup! 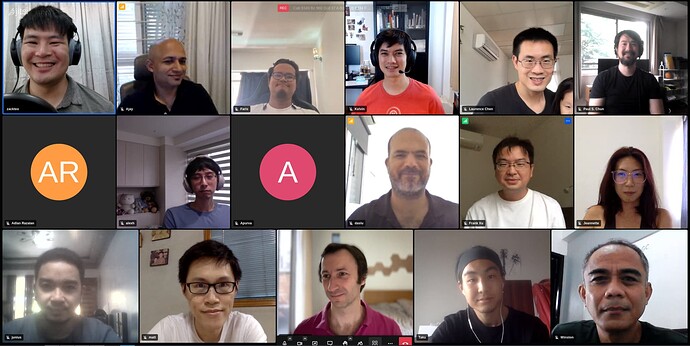 Zachary Teo (myself) gave a talk: “Core.logic with Sudoku” a small introduction to core.logic and used to model and solve Sudoku.

The link to the talk is: Core.logic with Sudoku - Zachary Teo - YouTube

For our sessions, we have a monthly flash talk (10 to 15 min). This not only give us ample time for introductions/quick catch-ups before the talk and discussions after the talk, but is also more approachable for members who would like to volunteer their time to give a talk

(Do reach out to me if you are interested in giving a talk!)

For those who were interested in joining but were unable to, we will be having these meetups once a month so hope to see you for upcoming sessions!

Do join us on the #clojure-asia channel on the Clojurian Slack, follow https://twitter.com/ClojureAsia and refer to the Clojure-Asia Online Meetup Schedule for 2022 - Google Calendar for the dates we have planned for future sessions (usually every 3rd Saturday of the month)